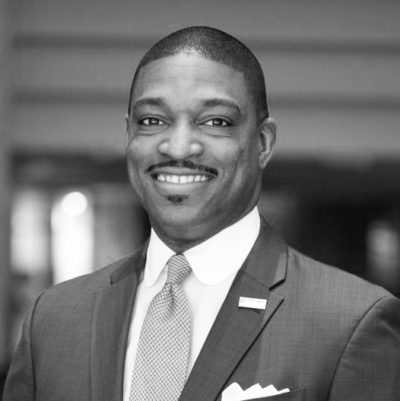 In addition to his work making child well-being a civic priority in the St. Louis region at the Deaconess Foundation, Rev. Starsky Wilson was a pastor at Saint John’s Church (The Beloved Community) in St. Louis. In 2014, Missouri Gov. Jay Nixon appointed Rev. Wilson co-chair of the Ferguson Commission to study the underlying conditions and make policy recommendations following the police shooting death of Michael Brown Jr. The Commmision’s eventual report, ‘Forward Through Ferguson: A Path Toward Racial Equity’ Report, called for sweeping changes in policing, the courts, child well-being, and economic mobility in 2015.

Dr. Wilson earned a bachelor’s degree in political science from Xavier University of Louisiana, Master of Divinity from Eden Theological Seminary, and the Doctor of Ministry from Duke University. In addition to NCRP, he currently serves on boards for Duke Divinity School, the Samuel DeWitt Proctor Conference, and the Robert Wood Johnson Foundation.